My Pumpkin Scones with Cranberry Icing have a wonderful pumpkin pie flavor, and filled with toasted pecans and dried cranberries, then iced with a delicious Cranberry Icing. 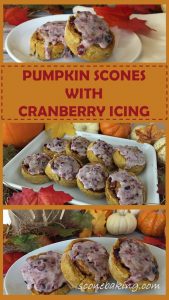 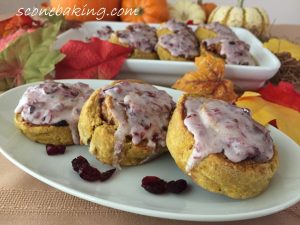 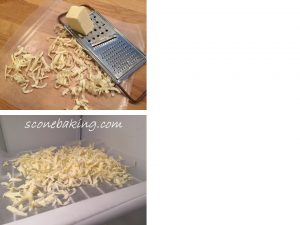 In a large bowl, whisk together both flours, 1/4 cup brown sugar, baking powder, 1-1/2 tsp. pumpkin pie spice, baking soda and salt.  Mix in frozen-grated butter into flour mixture, until all the butter is coated with the flour mixture.  Set aside. 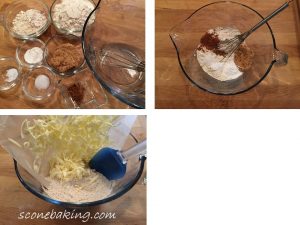 In a small bowl, combine egg, pumpkin and milk.  Add pumpkin mixture to the flour mixture, mixing until it forms a loose ball (do not over mix). 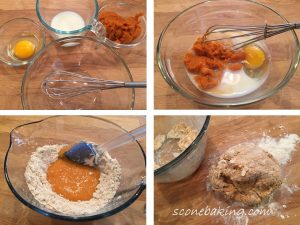 Place dough on a heavy floured board and roll into a 12-inch square.  Fold into thirds, and then fold into thirds the other direction (you should have a square).  Put dough on a floured plate and put into freezer uncovered for 5 minutes. 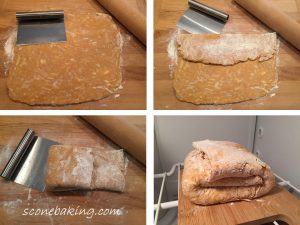 While dough is in freezer, mix together 1/3 cup brown sugar, cinnamon, and 1/2 tsp. pumpkin pie spice; set aside. 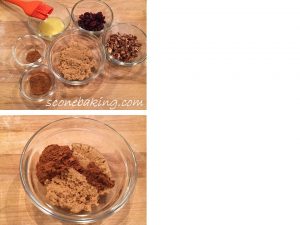 Place dough on a heavy floured board; roll into a 12-inch square.  Brush with 2 Tbsp. melted butter, then spread with brown sugar mixture, covering the entire dough.  Sprinkle pecans and 1/4 cup Craisins over brown sugar mixture. 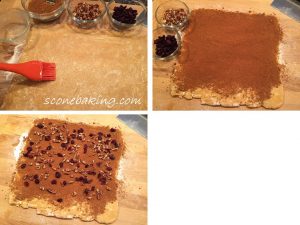 Roll dough into a cinnamon roll, keeping as tight as possible without tearing.  Cut dough into 12 rounds and place on a parchment lined baking sheet. 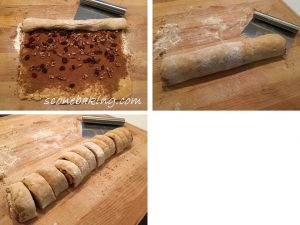 Bake at 400 degrees F for 15-18 minutes.  Remove scones with parchment paper onto a cooling rack to cool completely. 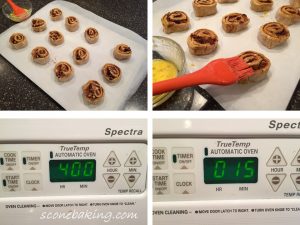 While the scones are cooling, rehydrate 2 Tbsp. Craisins by placing them in 1/2 cup boiling water; let stand 10 minutes, then drain Craisins; then coarsely chop.  Whisk together powdered sugar, butter, milk, vanilla and Craisins, until smooth.  Spread icing on cooled scones. 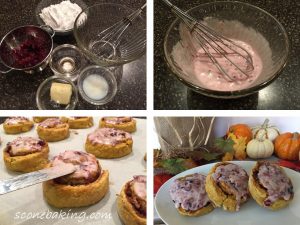